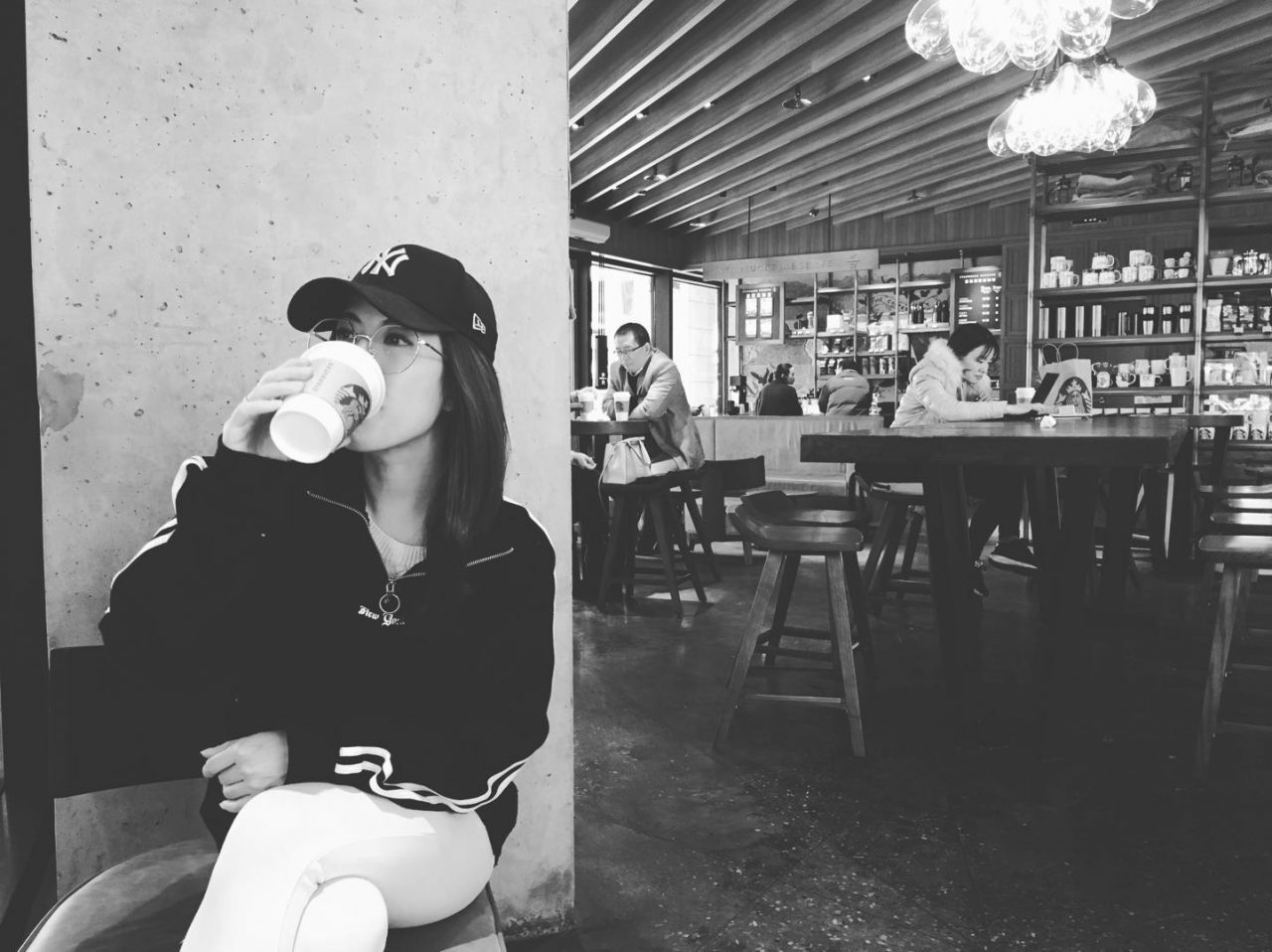 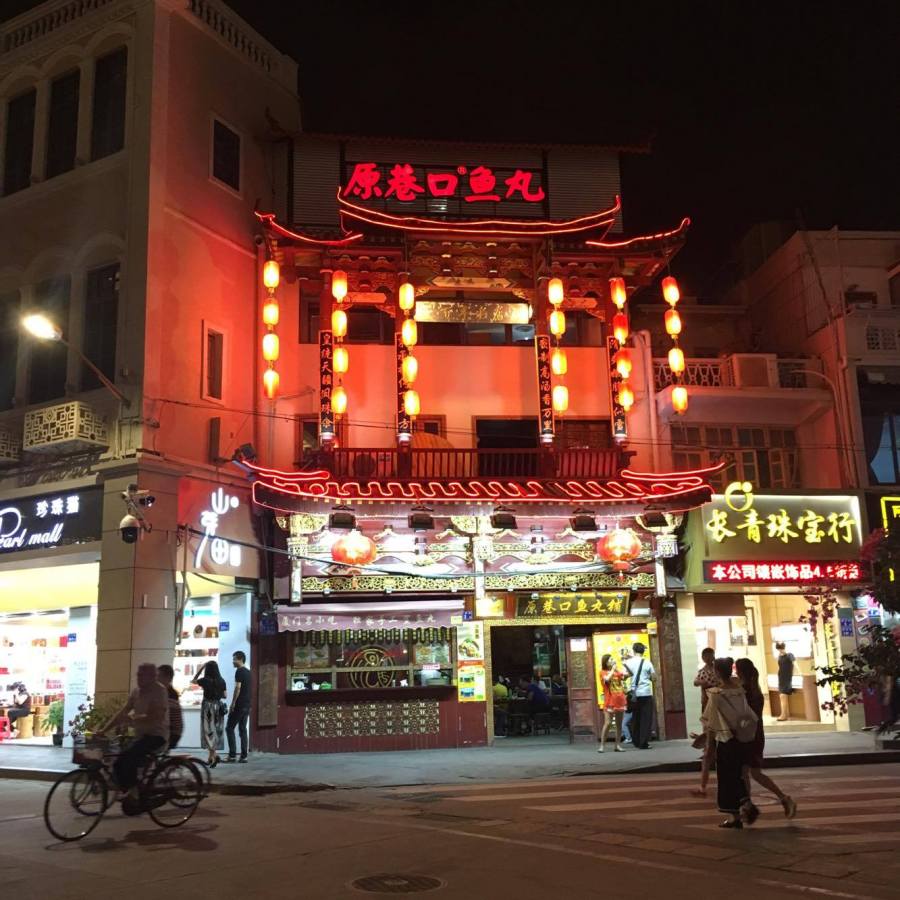 I saw it straight away. My name “Julie Do” on a piece of paper at the arrivals of the international airport in Fuzhou, China.

“Ni Hao” I said to the driver and “Xie xie ” when he carried my two huge suitcases to the car. That’s about all I can say in Chinese.

“Do you speak English?” I ask the driver who laughs and shakes his head to say no.

On the way, with my eyes wide open, I look at my new surroundings. A misty chain of mountains, a few Chinese temples, then as we get closer to the city, a blooming industrial life.

The driver sighs and whispers something in Chinese. He is probably swearing. An hour later, we finally reach the city.

The landscape changes and I can spot big buildings and skyscrapers. The streets are busy and loud. The driver slaloms between motorbikes, pedestrians, cars, bikes and buses. It’s complete madness.

The car finally stops in front of a big modern building. It’s the library where I’ve planned to meet up with my dearest Chinese friend, Yance.

I met Yance two years ago when I was living in Sydney. We soon became very close and I recall so many happy memories. His flamboyant personality got me the instant I met him. I can’t believe that just a couple of month ago, he contacted me to offer me an English teacher position at the school where he works.

And now here I am, after quitting my job and saying goodbye to my boyfriend in no time, I am standing in a giant Chinese city, my life packed into two suitcases. 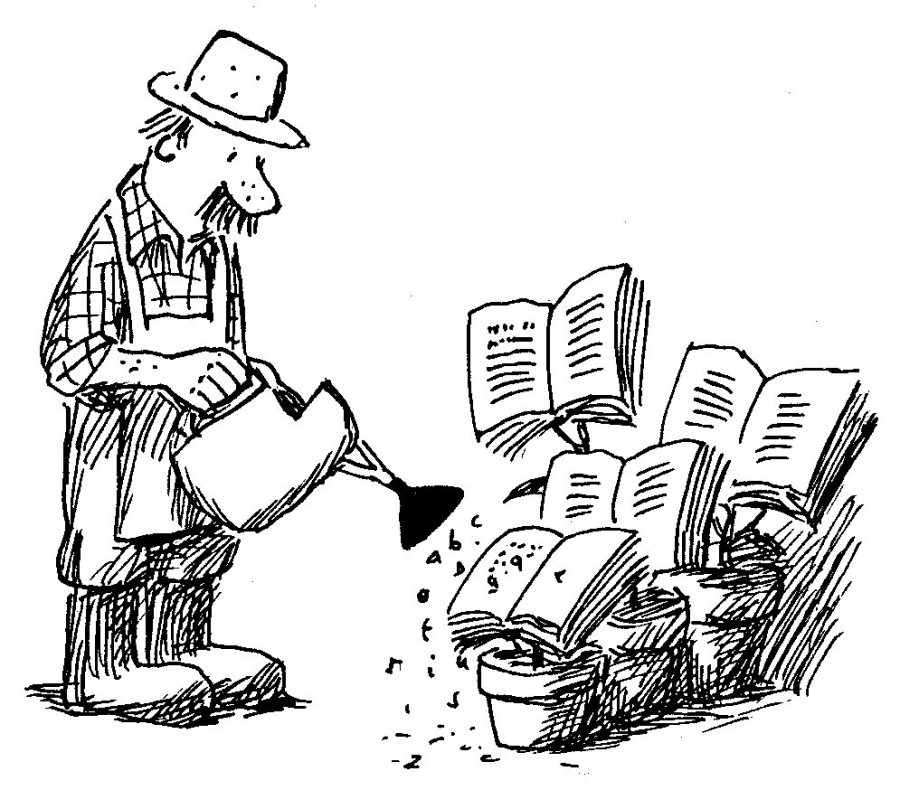 My publishing venture has been punctuated with ups and downs so far. More downs to be honest but somehow I expected it. That is what the reality of the publishing industry is about.

After a 7 month experience, the result is far from my initial hope. 3 publishing contracts from vanity publishers (aka scams), 3 rejection letters from trade publishers and I am still waiting for many other responses that might never come. I am checking my mailbox with less and less enthusiasm and the hope to receive any positive letters has seriously diminished.

It could be better, it could be worse. It is just what it is and that’s okay. Rejection is part of the publishing process. It does not mean I have to stop, it means I have to keep going and pushing, as long as I believe in what I do.

I’ve been doing a lot of research lately and my attention went to another publishing method which is called self-publishing. After thinking things over and weighing the pros and cons, I have decided to give it a go. It’s a long and difficult journey but I am not scared of the challenge. It’s exciting and most importantly, it will give me the freedom of creating the book of my dreams.

Gaining entire control of the creation of my book is, in the end, the most fulfilling part. Who knows better than me how I want my book to look like?

I’ve also made the decision to make my own illustrations. I’ve always felt like I wasn’t skilled enough to do it, but then I realised it was just a question of confidence and will (and lots of practice!). No one but me knows exactly what to draw and how to interpret my childhood memories.

So I’ve started my drawings, picturing in my mind all the details that have made my memories so vivid and memorable. It’s hard and it’s taking me ages. I often have to start over again and do some research. But when it’s done and I contemplate the result with a big smile on my face, the feeling of happiness and accomplishment is worth the pain.

It’s a little piece of art that is taking shape. And it’s mine 🙂